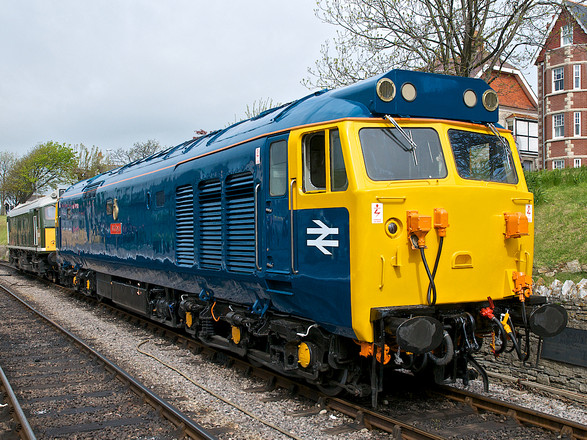 Since 2004 I have begun to follow the surviving members of classic English Electric Type 4 Co-Co (British Rail Class 50) diesel locomotives from my youth. Having a better camera than when I first became interested several decades ago, I can now record their existence in preservation and during their restoration following withdrawal from British Rail. I have a financial interest in a number of Class 50 locomotives still in existence, one of which is 50035 Ark Royal shown above whilst a visitor to the 2015 Swanage Railway diesel gala.

In 2012 this website was one of a select few that were featured in the promotional booklet Creating a Photography Website that Works for You produced by Zenfolio, the professional photograph and video hosting company.

A number of photographs from this website have featured in the following books: