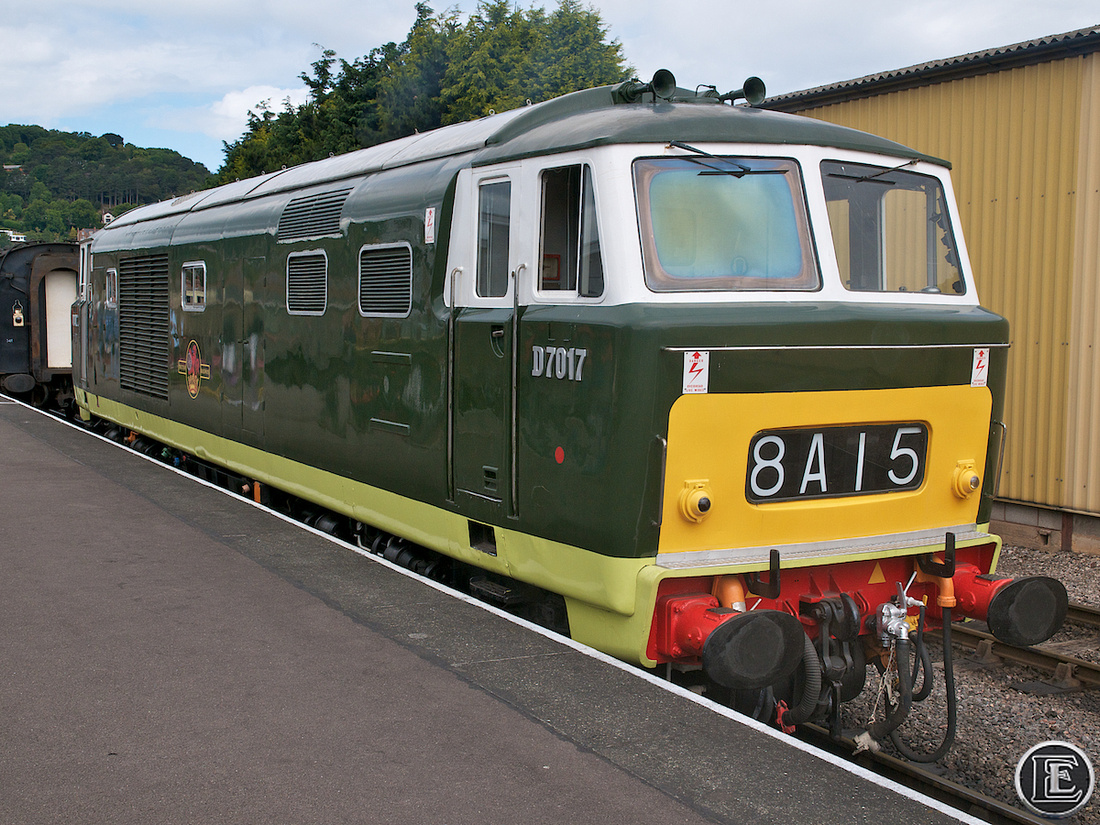 Although my main interests are locomotives built by the English Electric company I do enjoy other classes. I have a fondness for the diesel-hydraulic 'Hymek' locomotives of the British Rail (BR) Western Region.

Named 'Hymeks' because of their Mekydro-designed hydraulic transmission units, these BR Type 3 B-B class of locomotive were a mixed-traffic design. Unlike the equivalent diesel-electric examples of the era, they were powered by a high-speed 1,740hp Maybach MD870 engine - a larger version of the MD655 unit employed in pairs in the Class 52 Western diesel-hydraulic locomotives.

The class was developed for the Western Region of BR, which had opted for lightweight locomotives with hydraulic transmission when allocated funds under the British Railways Modernisation Plan of 1955. One hundred and one of these stylish-looking locomotives were constructed between 1961-1964 by Beyer-Peacock at their Gorton works in Manchester.

When built, the Hymeks emerged with the main body in a standard BR green but with a thick lime green stripe along the bottom of the bodywork. The roof was medium-grey and the cab window surrounds outlined in ivory white. In the early 1960s, yellow warning panels were added to the lower part of the front ends.

Withdrawal from service began in 1971 and was completed by 1975. Their premature demise was ensured when BR deemed hydraulic transmission non-standard for mainline locomotives. Only four examples are preserved.