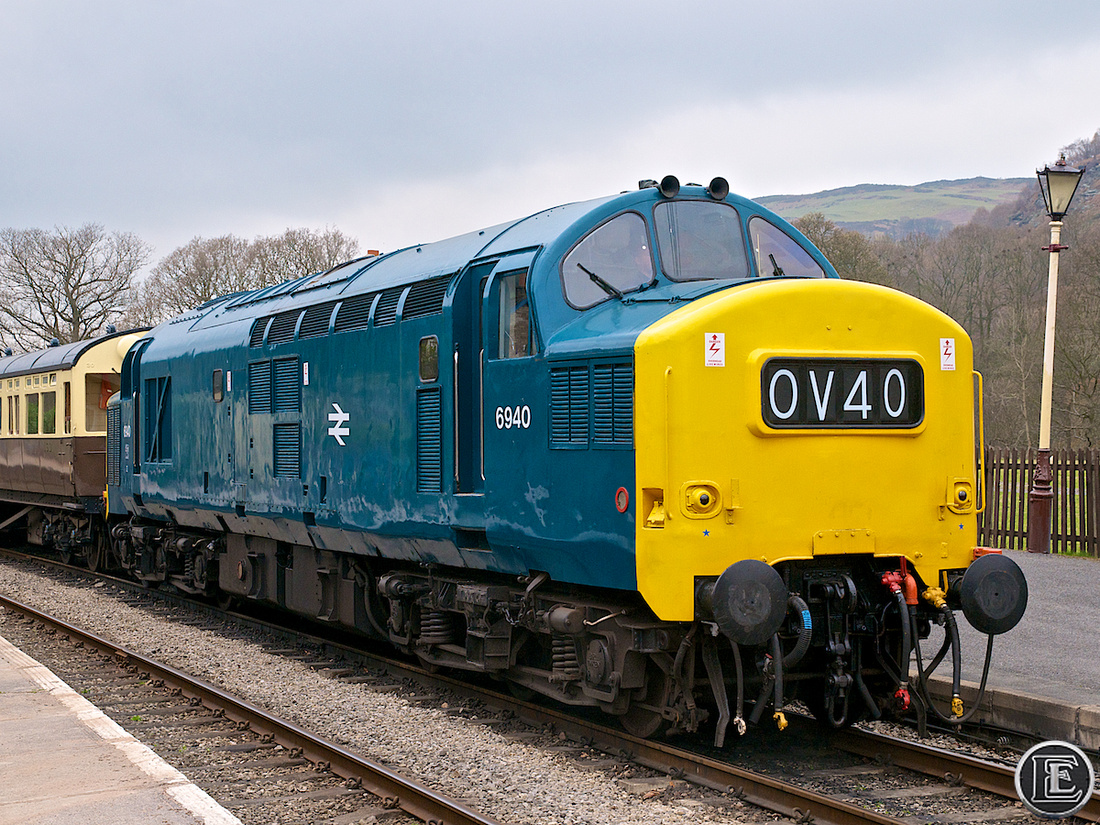 Whilst visiting the Llangollen Railway the other day I had the pleasure of several runs behind locomotive 37240 (currently sporting its pre-TOPS number of 6940). This is one of the few preserved Class 37s that appear in an almost-original physical condition - having a working headcode box, round buffers and a front skirt (or valance). From new all 308 class members were built with a valance around their buffers, but from the late 1970s this was removed when locomotives passed through works for classified attention.

Although not especially pleasing to the eye with their classic English Electric forward nose, they were probably one of their most successful designs, being both hugely versatile and reliable. From an enthusiast's perspective, when being worked hard they sound pretty impressive. It is amazing to think that even today there are some of these locomotives still in active use on the national mainline even though they were built in the early 1960s.