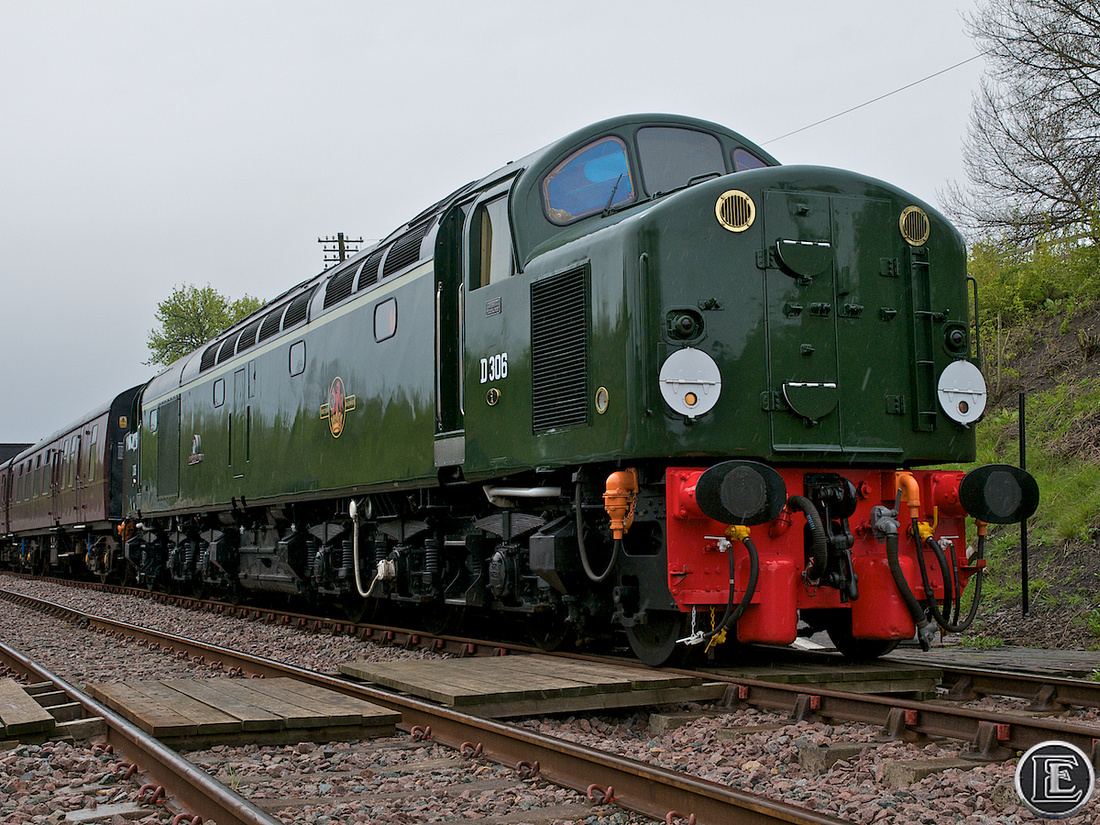 Withdrawn in April 1983 after over 23 years of active service, locomotive 40106 was one of 20 Class 40s built at the Robert Stephenson & Hawthorn factory in Darlington. This made way for capacity at the English Electric Vulcan Foundry to build the 22 production Class 55 Deltics.

40106 has always been popular by virtue of it being among a handful of Class 40s not repainted into British Rail (BR) corporate blue livery. During its last works overhaul at Crewe in September 1978, the locomotive was repainted in its original green livery with full yellow ends. Being unique in this respect at the time, 40106 took part in the Rocket 150 celebrations at Rainhill during 1980.

For the second time in a year I have been hauled by locomotive 40106. Close inspection reveals the huge amount of work that has been lavished on this locomotive both inside and out. The attention to detail to make it look as original as possible is amazing, even down to the shed allocation plates on the cabsides and the ladder located on the nose-front.