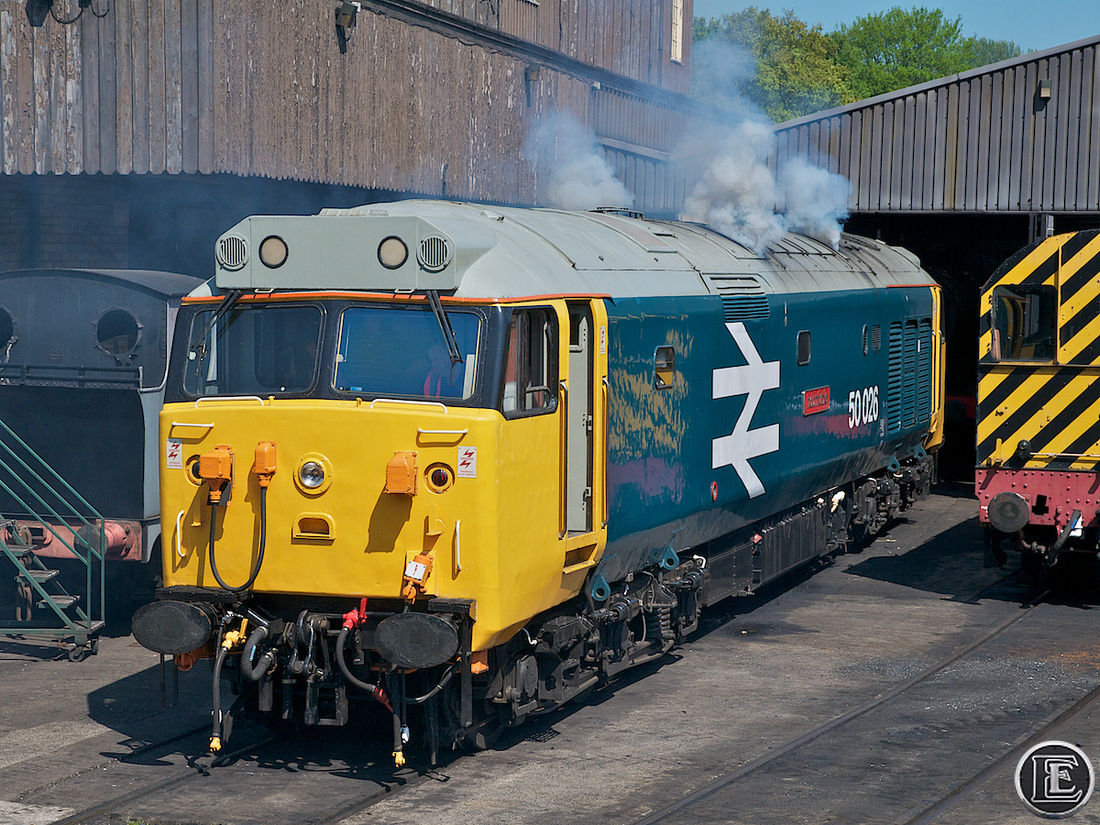 50026 Indomitable is the only Class 50 to enter a scrap yard and survive. It was amongst a batch of nine locos sent to Booths scrap yard in Rotherham back in early 1992. A year later, it was literally dragged back out again by its new owner and then moved by rail to the Mid-Hants Railway, its first of several resting places.

Two decades on from entering the scrap yard in Rotherham and after several thousands of hours labour the locomotive is operational once more. It is a credit to its owner and those who helped in its transformation from a near wreck. It is pictured here at Haworth depot on the Keighley and Worth Valley Railway during the May 2012 diesel gala. This was its second public working since the restoration was complete. Longer-terms plans for the locomotive are for it to be certified for mainline running and see occasional use on enthusiast railtours.