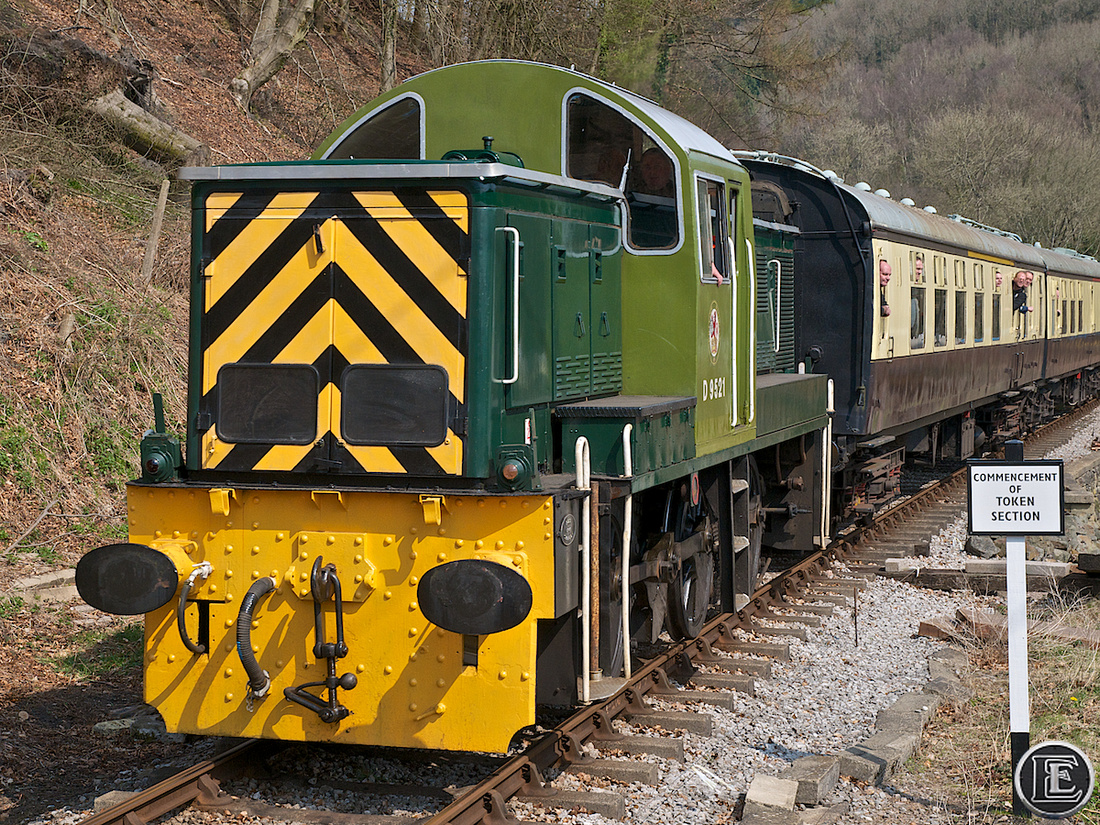 I've never really taken much interest in shunters or the smaller mainline locomotives. The other day however, I found myself behind Class 14 number D9521 at the Dean Forest Railway and to my surprise found this little machine very entertaining.

The British Rail (BR) Class 14 is a type of small 0-6-0 diesel-hydraulic locomotive. In 1964, the first of 56 locomotives appeared from BR Swindon Works. They were to be put to use on yard shunting duties and short distance freight trains. Later designated Class 14 under TOPS, they were known as 'Teddy Bears' by enthusiasts, following a comment by a Swindon Works' employee who quipped "We've built the Great Bear, now we're going to build a Teddy Bear".

Like many other early types of first-generation diesel, the class had a short life with BR. In this case this was mainly due to the disappearance of their envisaged duties. The majority were re-sold for industrial use. e.g. the coal industry, where they had a working life many times that within BR. In the 1970s a decline in the industries in which they were employed meant that once again the class became surplus to requirements. A good number however found a third lease of life on preserved railways where they are ideal for both light passenger work and permanent way duties.