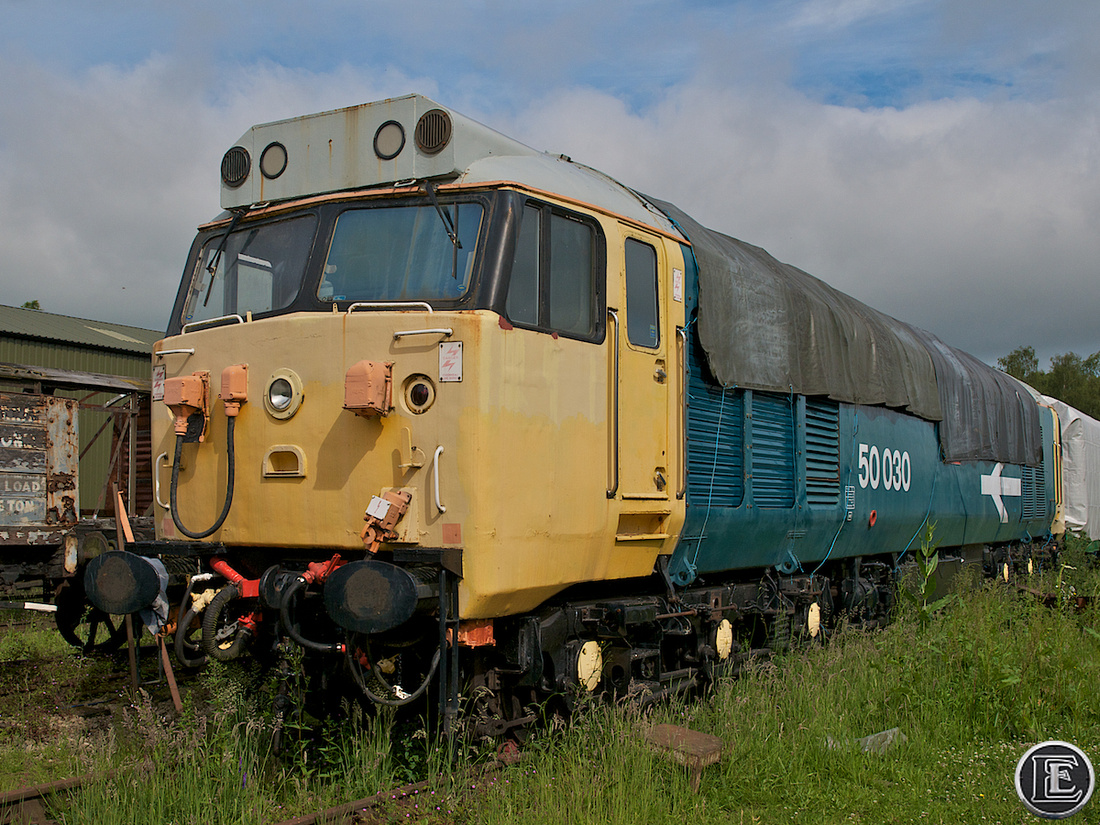 It was back in 2007 when I last visited Peak Rail in Derbyshire, the home to 50029 Renown and 50030 Repulse. Back then, both locomotives had been recently cosmetically restored as a condition of their acceptance at the host railway and to slow their exterior deterioration.

In the intervening period, the Renown Repulse Restoration Group (RRRG) have made considerable progress internally on 50030 and have managed to secure a spare power unit (ex 50008 Thunderer) which will greatly assist in the restoration of these locomotives.

A saddening sight for me personally was seeing the severed cab of 50037 Illustrious which had been bought by the group. I used to frequently encounter this locomotive on my travels and it became one of my favourite members of the class. The last time I saw 50037 (aka 'Lusty') was at Exeter during the summer of 1984. The cab was instantly recognisable to me after all these years as it still had the same tell-tail dent on the corner by the driver's side lamp bracket.