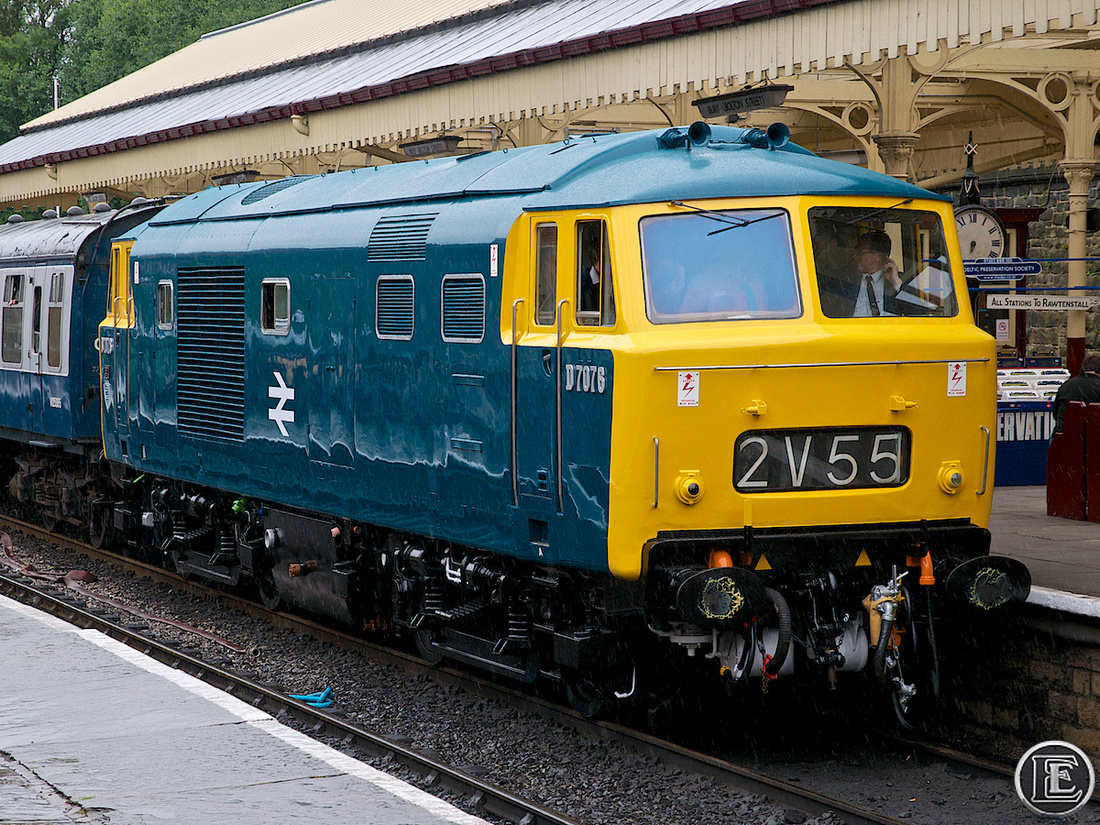 D7076 made a welcome appearance at the recent diesel gala at the East Lancashire Railway, this being its first run after a repaint in BR corporate blue livery. For me, it was the first time I'd seen an operational 'Hymek' in blue.

D7076 is one of four preserved 'Hymeks', but the only example from the later Mk II batch. Introduced in 1962, it was withdrawn just 11 years later but retained at the Derby Railway Technical Centre (RTC) alongside sister locomotive D7096 where both took part in dead load research for a number of years.

By the time D7076 was secured for preservation both it and D7096 were in a poor condition but it was feasible to restore one, using the other as a donor. In memory of D7096, which was subsequently reduced to a shell and scrapped, D7076 carries the other's number inside one of its cabs.