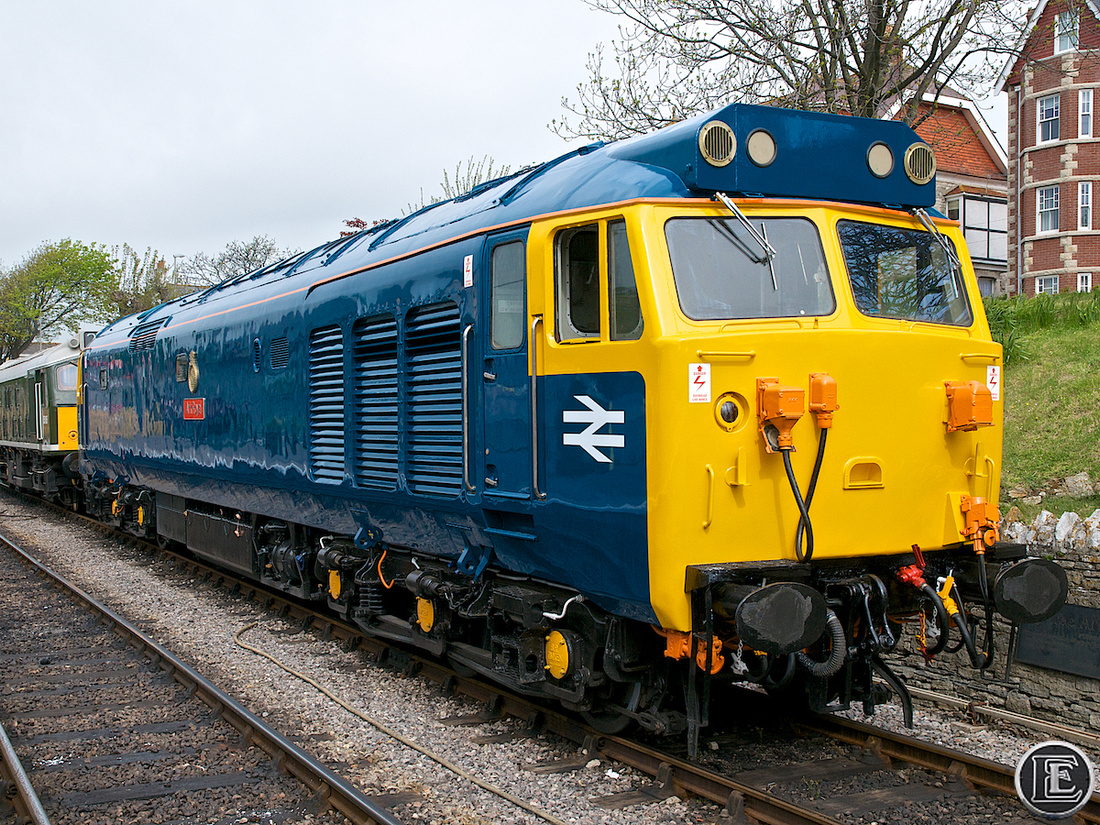 After a number of years in a fictitious Loadhaul livery, 50035 Ark Royal made its first appearance at the Swanage Railway in standard BR corporate blue livery.

With the centre headlight removed from both cab ends and the headcode plated over, it provided an impression of how the class appeared in the late 1970s before their refurbishment.