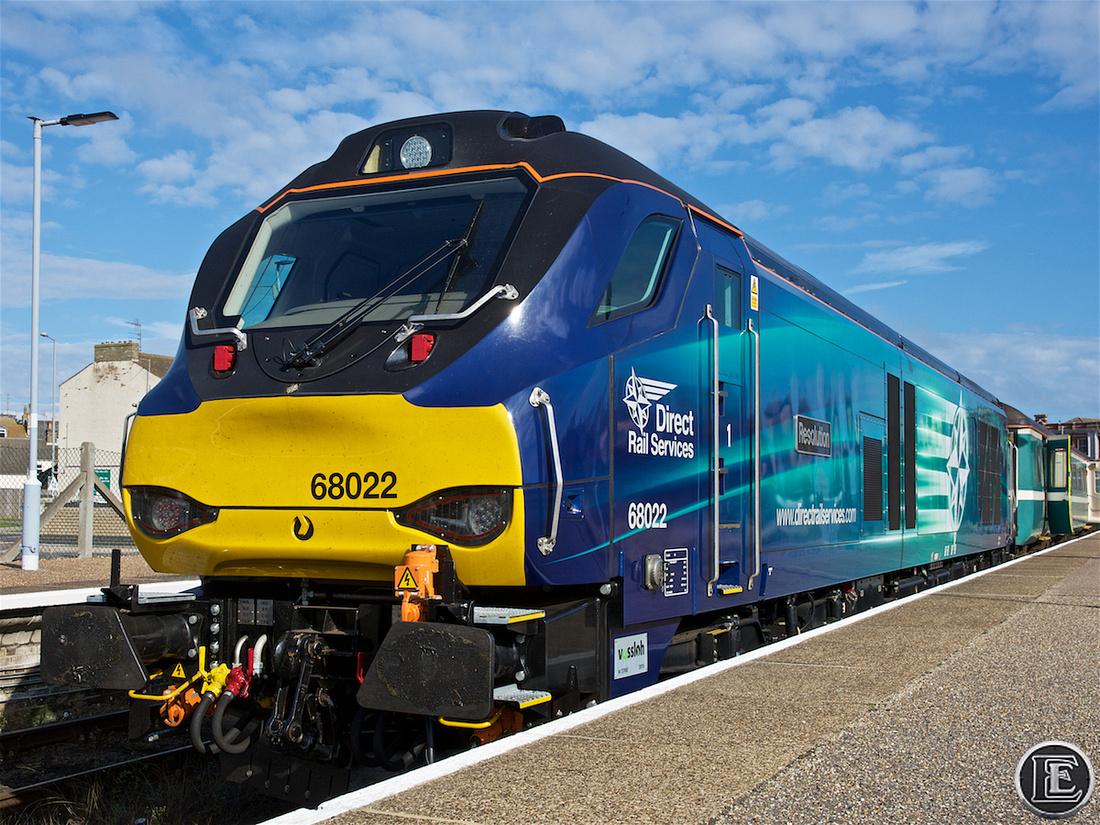 I'm not a fan of most modern traction, dominated as it is by characterless Class 66 locomotives. However as soon as I saw and heard a Class 68 I was more than a little impressed.

Sounding a bit like a modern Hymek with their high-revving engines, coupled with some impressive power output these locomotives are set to be a modern classic. The fact that their owners have a liking to give some of them names previously used on Class 50s is an added bonus.

Pictured above is 68022 Resolution, resting in the sun at Lowestoft, ready for a service to Norwich. The name on this locomotive had previously been used on Class 50 member 50018.