Hello To Another Old Friend 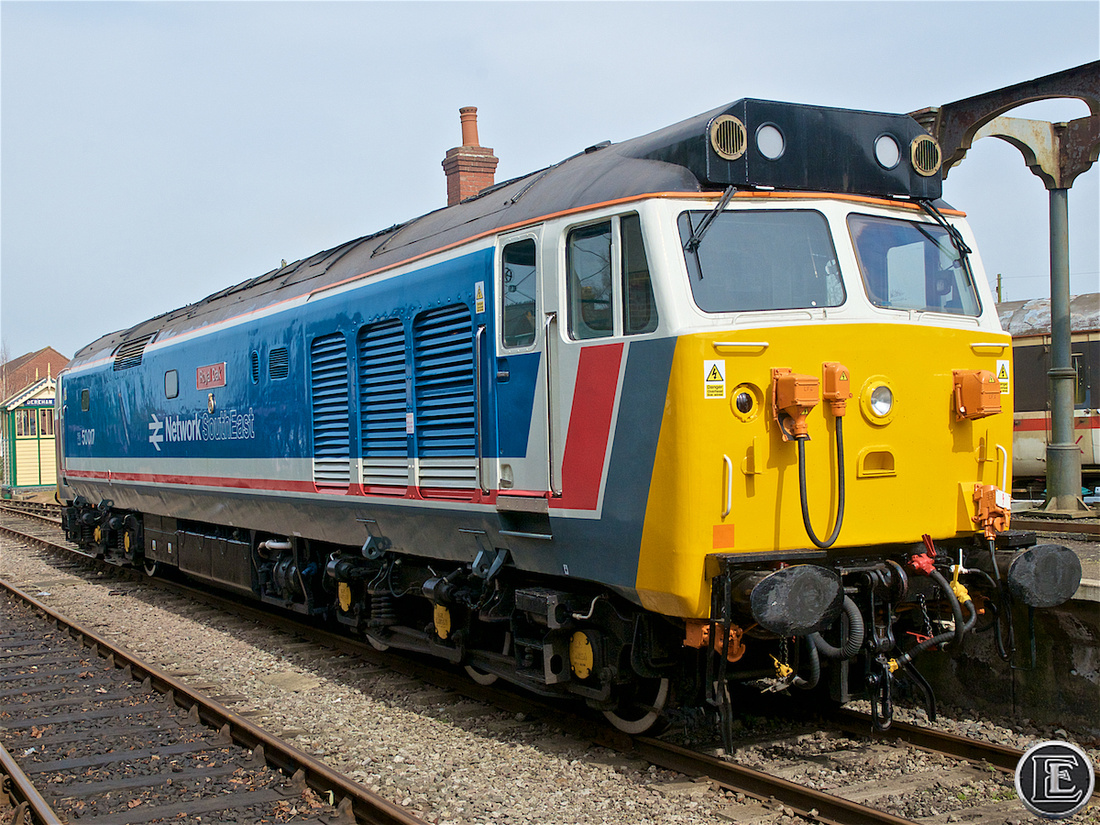 It was with great pleasure that I got to see 50017 Royal Oak during the recent diesel gala at the Mid-Norfolk Railway.

This was the first Class 50 I saw in late 2004 having rekindled my interest in railways and not seen any of the class in operation since 1985. Back in 2004, it was inoperative and languishing in Birmingham Railway Museum, Tyseley sporting an unattractive maroon livery. The current owner and those who returned it to an operational order can be justifiably proud of their achievement that it can roar once more.